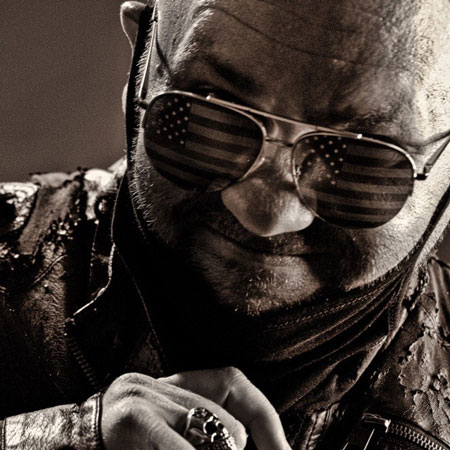 After Chuck began playing guitar at age six, it wasn’t long before he began performing live with many of his “family” bands, including the legendary Basin Street Six who was led by clarinetist Chuck Credo Jr  (Chuck’s grandfather). Continuing to develop as a musician, Credo formed his first band, “The Mixed Nuts”, by age sixteen while still a student at Archbishop Rummel High School in Metairie, LA.  By the age of eighteen, Credo was performing and traveling every week with The Nuts, as well as The Harmon Drew Super Group from Minden, LA.  Chuck’s early performances sent him all over the Gulf Coast area and to many of the famous SEC College towns and famous night clubs. It was this early music education that would allow Chuck to go on to perform as music director/guitarist for such acts as Cyndi Lauper, Allen Toussaint, and The Drifters and perform on stage and in the studio with artists like Journey, The Doobie Brothers, Kid Rock, The Go Go’s, The Four Tops, REO Speedwagon, Taylor Hicks, Levon Helm, Ernie K-Doe,  and many more.

After moving back to New Orleans in 2003, Credo founded The WCA Entertainment Group – a business venture featuring The William Credo Agency.  The foundation of this parent company has allowed Credo to start a multi-facet business platform that has launched several other companies, including: Nutshack Records, WCA Merchandising, WCA Festivals (and Event Production), Nutshack Music Publishing,  and WCA Music Marketing.

In 2002, Credo began The New Orleans Beatles Festival: A Concert Tribute To The Fab Four.  The New Orleans Beatles Fest has become one of the largest Beatles tribute concerts in America and hosts a sold out show each year at The House Of Blues.  The concert brings together musicians of The Crescent City and the surrounding areas to pay tribute to the music of The Beatles!  The show is an annual event that celebrates thirteen years in 2015.  In 2011, WCA Festivals was organized to expand upon the success of The NOLA Beatles Festival and reach out to new audiences through a diverse slate of musical styles.  To date, other WCA Festivals have included: “The New Orleans Rolling Stones Festival” (started in 2011) and “A Tribute To Elton John and Billy Joel (2014).”

Chuck’s first time in a recording studio was 1997 as The Mixed Nuts recorded their first demo together.  By 2003, Chuck served as a co-producer with Buzzy Beano and Rob Schulte to “Holiday Angels Working Undercover” CD project which matched local New Orleans bands with famous Christmas songs.  During that time, Chuck performed and helped produce the “Waterline” album by Gary Hirstius, with the song “Rise Up” appearing on the Carrollton Station Katrina charity album “Feeder Bands On The Run” in 2006.  Chuck began working on his first solo CD in 2010 with producer/engineer Jack Miele at Fudge Studios in New Orleans.   Credo’s first album, “Credo Blues Society” was released in early 2014 and is a tribute to the blues artists who influenced him to pick up a guitar years ago.  The first single “Tell Me Mama” has been featured on Sirius XM Radio on B.B. Kings Bluesville, along with several other songs from the album.  The album features the talents of John  “Papa” Gros on Hammond B3 organ and piano as well as guitarist Brint Anderson who appears on the live track “Walking Blues.”

Today, Chuck Credo IV continues the tradition set by his grandfather and brings the music of New Orleans around the world.  His first band, The Mixed Nuts, is on the verge of celebrating twenty years as a group, performing 100 plus shows a year.  Credo’s WCA Entertainment continues to redefine excellence in corporate entertainment planning and festival production.  Credo’s solo career finds him performing original songs in concert and on record as well as acting as music director for many legendary acts.

Chuck is a graduate of Louisiana State University and The Manship School of Mass Communication.